Did you know you rely on maa’ every single day?

Maa’ is one of the greatest blessings we have been given that we often take for granted. It is one of the most vital creations of Allah and has been in existence before the creation of heaven, earth, and human beings.

Maa’ is essential for many processes and functions of the body; it aids digestion, breathing, and bodily functions. And it isn’t just crucial to the direct survival of human beings. It is essential for the planet’s environment and ecosystem too.

Maa’ is water in Arabic. The word maa’ occurs in the Quran 63 times.

What does Allah SWT teach us about water in the Quran? And what lessons can we derive from it? Let’s explore the verses where the word maa’ has been revealed. 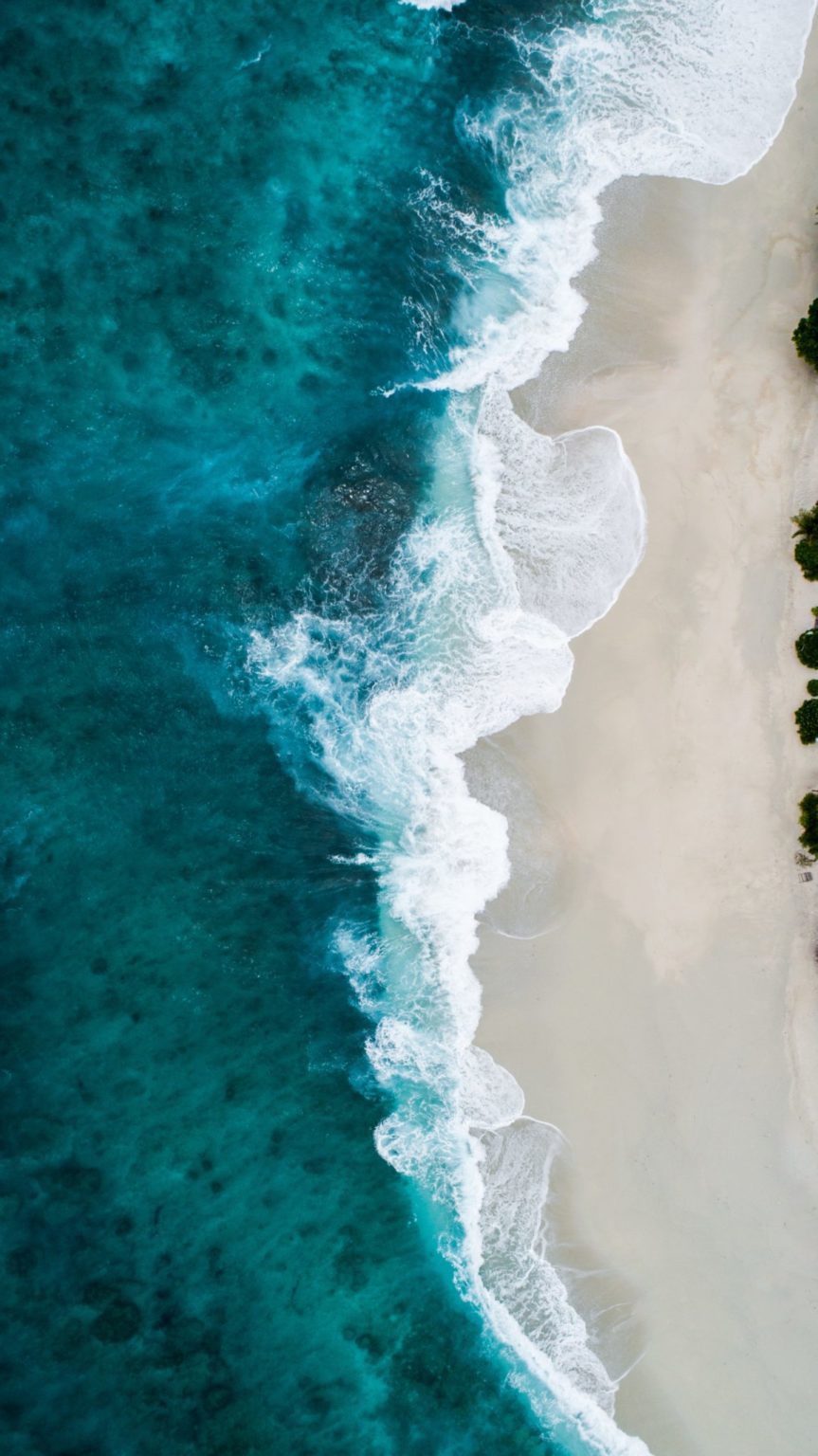 Had Been Upon Water

And it is He who created the heavens and the earth in six days – and His Throne had been upon water – that He might test you as to which of you is best in deed. But if you say, “Indeed, you are resurrected after death,” those who disbelieve will surely say, “This is not but obvious magic.”

From verse 7 of Surah Hud in the Quran, we can see the supremacy of Allah. This verse states that Allah’s throne is built upon water, letting us know that Allah is in control over all life forms that have been sourced from water.

Reflecting upon this can remind us that Allah has control over everything in the universe, even over the very thing most basic to existence.

Life is created from water

Without water, there is no life.

This fact is reflected in many verses of the Quran.

Creation of All Living Things

Allah told us in the Quran that He has created all living things from water, regardless of its size, shape, colour, or density. He says:

Have those who disbelieved not considered that the heavens and the earth were a joined entity, and We separated them and made from water every living ? Then will they not believe.

While science first discovered sperm in 1677, it took about another 200 years or so before scientists agreed on how humans are actually formed from sperm. Allah had already revealed in the Quran that human beings have been created from water (semen) which is the foundation of our creation.

And it is He who has created from water a human being and made him [a relative by] lineage and marriage. And ever is your Lord competent [concerning creation].

Plantlife is diverse. The many different colours, textures, and habitats are amazing.

There are approximately 300 million species of plants on Earth, which accounts for over 80% of the world’s living biomass. The world’s largest biomass is in the ocean. These plants are the primary source of oxygen in the air we breathe and are an important cog in the planet’s ecosystem.

But even plants could not exist without water.

And you see the earth barren, but when We send down upon it rain, it quivers and swells and grows [something] of every beautiful kind.

Where does water come from?

Do you know where the water you drink comes from?

Consider this: 71% of Earth is covered by water, but only about 2.5% of that is fresh drinking water available for human use.

The oceans hold about 96.5 % of all Earth’s water, which is undrinkable saltwater.

But where does all this water actually come from? Allah reveals the sources in the Quran.

Rain as the source of water

Allah has stated in the Quran that He sends water down to earth through the rain from the sky.

And it is He who sends the winds as good tidings before His mercy, and We send down from the sky pure water.

And We have sent down rain from the sky in a measured amount and settled it in the earth. And indeed, We are able to take it away.

We can also observe water that runs or flows on the surface of the earth. We see these as rivers, streams, lakes, springs, oceans, and others. Allah again affirms that they originate from water sent down from the heavens. Allah says:

Do you not see that Allah sends down rain from the sky and makes it flow as springs [and rivers] in the earth;

Why did Allah send down all this water?

From the water Allah has sent down to us, some are clean and some are unclean, depending on what they have come in contact with after they came down. The Prophet ﷺ said:

It was narrated that Abu Umamah Al-Bahili said: “The Messenger of Allah said: ‘Water is not made impure by anything except that which changes its smell, taste and color”.

What is this water for? Allah tells us in the Quran that water has a multipurpose role in our lives.

Water has been made for us as a means of purification as it is the only clean liquid that is pure and can purify. Allah ordered us to use it for ghusl (Islamic bath) and wudu (ablution). He says;

O you who have believed, when you rise to [perform] prayer, wash your faces and your forearms to the elbows and wipe over your heads and wash your feet to the ankles. And if you are in a state of janabah, then purify yourselves. But if you are ill or on a journey or one of you comes from the place of relieving himself or you have contacted women and do not find water, then seek clean earth.

Drinking water is essential for human beings and animals. The human body is made up of 60-70% water. Every part of the body needs water to function. It acts as a lubricant for joints, regulates body temperature, and flushes out waste.

Science has shown that humans can survive without food for three weeks, but without water, we’d last only three to seven days. Allah says;

And We have sent the fertilising winds and sent down water from the sky and given you drink from it. And you are not its retainers.

We have many detergents and cleansers on the market today with their various claims to cleanliness. Often, what we are actually paying for is for things to smell good or lather up well. Water washes and purifies everything, even if it doesn’t have the smell of perfume.

The Prophet ﷺ reported that a woman came for advice about her monthly cycle and purifying her clothing during this time. He told her that it was sufficient that she wash her garments with water.

Asma (daughter of Abu Bakr) reported: A woman came to the Apostle of Allah ﷺ and said: What should one do if the blood of menses smears the garment of one amongst us? He (the Holy Prophet) replied: She should scrape it, then rub it with water, then pour water over it and then offer prayer in it.

There are some parts of the world that an inadequate source of water to maintain life. Examples of this would be your desert regions. (Sahara Desert, Mojave, Arabian, Kalahari, etc) In order to maintain life, water must be irrigated from its original source to the place where it needs to be used, like gardens to grow food. The importance of water can not be emphasised enough.

Cherish the Blessing of Water

According to a 2019 report from World Health Organization (WHO), one in three people globally does not have access to safe, drinking water. This accounts for about 2.2 billion people in the world. Without access to safe drinking water and sanitation, waterborne related diseases cause death every 10 seconds.

Those of us who have been blessed with clean water should be grateful and ensure we don’t waste it. The Prophet ﷺ forbade us from wasting water, even from a river.

So don’t take water for granted and let’s try our best to help those who are less fortunate than us to have access to safe, drinking water and sanitation. We should also aspire to preserve the source of water as a form of gratitude to Allah for this gift that is vital to our existence and sustenance.

The next time you read or hear the word maa’ in the Quran, remember the huge blessing that Allah has gifted us with water.

Remember the message Allah tells us about maa’ in the Quran: how His throne had been upon maa’, how we were created from maa’, how maa’ pours down from the heavens for us, how maa’ purifies, cleans, and nourishes us.

With this remembrance, the next time we taste even a small drop of water or feel water upon our skin, our chest can expand with overflowing love and gratitude for Allah SWT.

Accelerate Your Connection with the Quran

Are you interested to learn even more Quranic Arabic so you can understand and forge a deeper connection with the Quran as you recite or hear it recited? Learn Arabic with the three proven success keys with our special Arabic Unlocked Acceleration Bundle and save 60%.

Exclusive insights delivered to your inbox

Subscribe to our mailing list and receive exclusive updates, training, and downloadable PDFs to help you live the best version of yourself: spiritually, physically, and socially.